Although Belgian weather has been on the rise the last couple of days, Moz reported some rainy and stormy weather on Google’s rankings.

More and more people got the same feeling and word’s out that there has been a ‘Fred’ update. Google did not confirm this update, and they probably never will.

Let’s get into what actually happened the last couple of days and probably is still happening. Let me know what you’ve noticed! 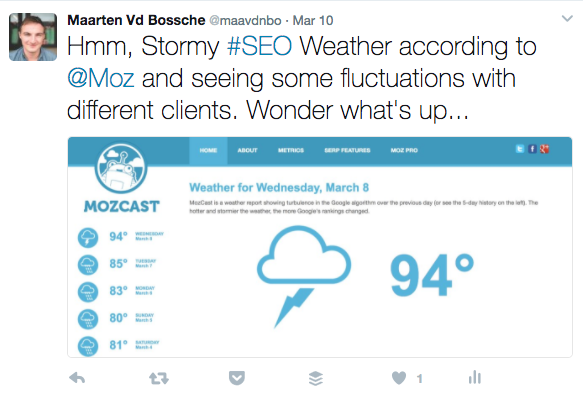 What are the signs?

The signs are pretty straightforward:

I don’t have sufficient data on particularly hit sites to come to a final conclusion at this. Many signs are pointing at a external link-related problem. Knowing this, you can expect a lot of discussion in the black hat world. And although this guy (‘seoguy81’) is being laughed at on the Black Hat Forum, he might be closer to the cause than any of the other commenters:

Ofcourse the changes in TF/CF and PA/DA are not the root of the problem. They’re only metrics. But it is remarkable that these are also undergoing fluctuations, meaning that these metrics have a changing factor in common that is also influencing rankings right now.

Seeing these fluctuations in metrics across different SEO-tools confirms to me that this is a link-based situation. But it might not be what we expect on first sight.

Seems to me that there are at least 3 ways this might be happening:

Why do I think so? There are some clues that are very hard to ignore.

Fluctuations in both Google Rankings and Moz Metrics. 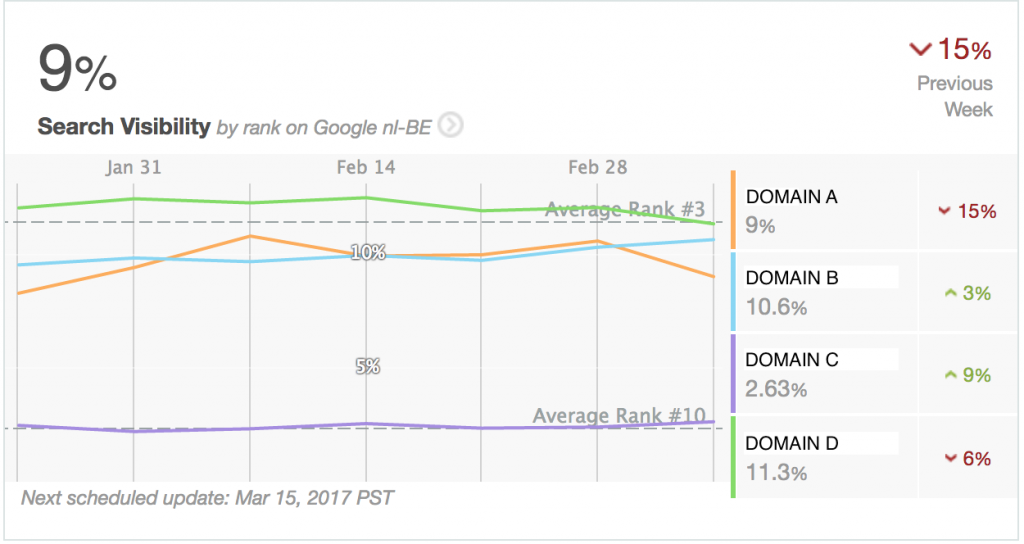 We can see that every domain in this example has suffered a loss in indexed links by Moz: 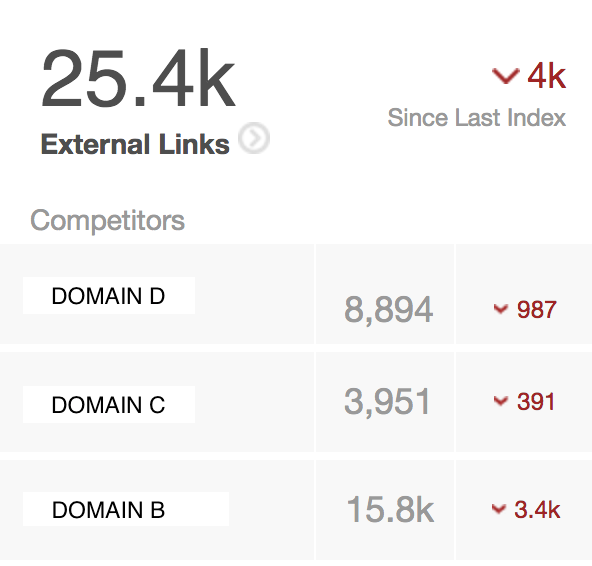 And it’s not just this one vertical:

Resulting in some big changes in Domain Authority:

The Domain Authority and changed MozTrust have a big correlation with the changes in Search Visibility. The amount of lost external links after the change combined with the MozTrust built up by the remaining links are a very good indicator of what has happened to the domain’s search visibility.

This, for me, is a big clue. My best guess so far, is that Google has (automatically) de-indexed a lot of domains. This has cut out part of the benefits from spammy links. Domains now thrive on the remainder of their links, so basically:

The only thing really missing to prove this, are some de-indexed domains. 😀
There were some reports of some PBN’s having been de-indexed, but since I don’t use them, I don’t have any examples. 😉
If you happen to have examples, let me know! (I won’t tell anyone…)

Second thing that catches the eye, is that ranking drops are mainly for secondary keywords, most of the time not even targeted by the on-page content. These rankings seemed to have been gained by optimizing the external links’ anchor texts.

Question remaining is the reason why they dropped:

I personally think the last one would be strange, considering RankBrain and its ability to understand language. Would be strange then to penalize anchor text based on TF-IDF-like relevance scores.